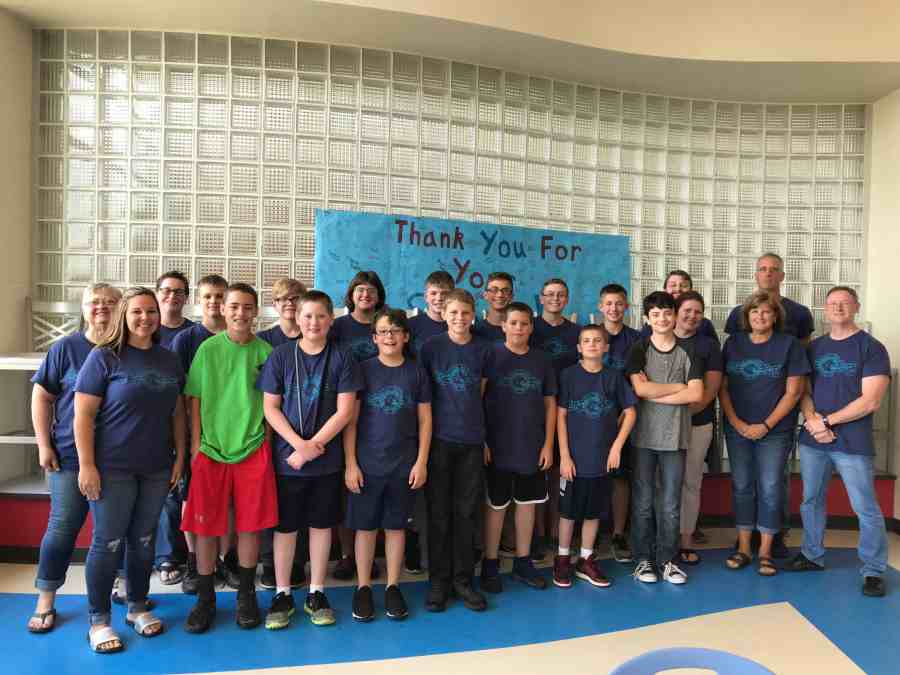 In recognition of their contributions to STEM education in Ripley County, Genesis: Pathways to Success (GPS) is pleased to announce two STEMstars for the month of June.

Joseph Paul Kennedy, Ivy Tech Community College, and Scot Cunningham, Northern Kentucky University, have worked closely with Genesis and a team of local K-12 educators to develop the curriculum for 2017’s Cyber Camp 101 and to facilitate the 2018 CyberPatriot Camp.

“We are so fortunate to have these two dynamic individuals to help us with our camp,” commented Cheryll Obendorf, Genesis executive director.  “Their ability to engage the students in learning the very challenging concepts involved in cyber security is absolutely amazing.”

Cunningham earned his Master’s Degree in Computer Science from Northern Kentucky University in 2007 and has been with NKU full time since 2009.  He enjoys teaching Networking, Network Security, and Linux System Administration.   He also works part-time as an IT consultant doing security assessments, writing security policies, and managing various IT projects.  He holds Cisco certifications including CCENT, CCNA Routing and Switching, and CCNA Security, and he is currently working on his CCNP.  According to Cunningham, he loves finding interesting ways to use Raspberry Pi’s to solve real business problems.

Kennedy is an Associate Professor of Informatics at Ivy Tech Community College.  He earned his MBA in International Business from University College Dublin in Dublin, Ireland. He also earned a bachelor’s degree in Systems Analysis from Miami University.  Professor Kennedy is a serial entrepreneur with over 20 years consulting and developing information systems for fortune 500 companies.  He states that he is currently working to expose cyber security to anyone who will listen.

Genesis Pathways to Success began the STEMstar program in January 2017 to recognize students and educators who are making strides in STEM. To nominate a STEMstar, please fill out the STEMstar form at http://bit.ly/STEMstar.